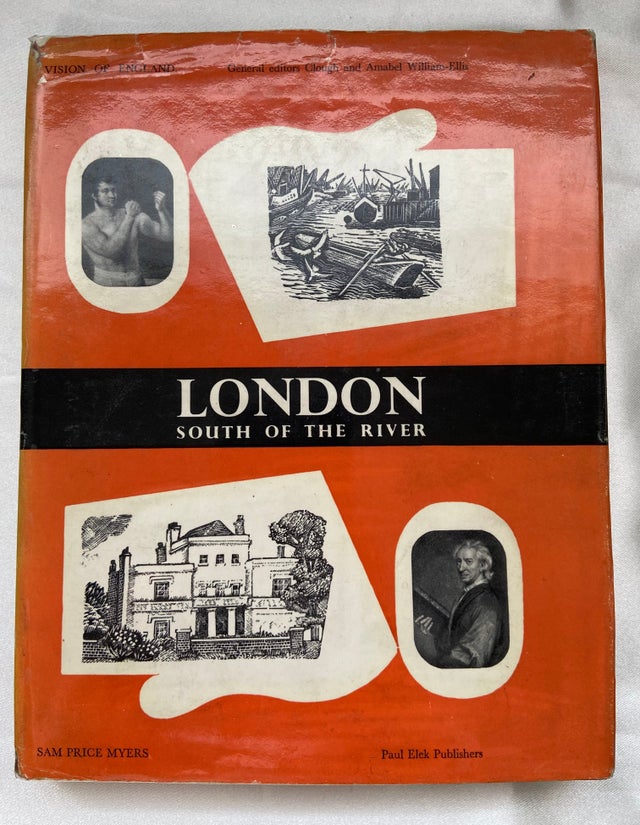 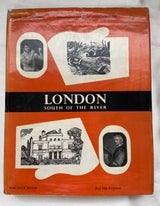 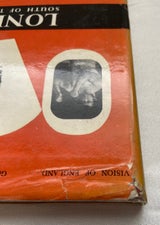 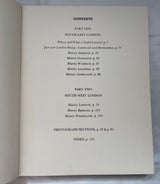 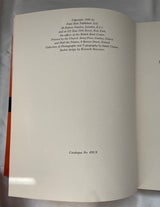 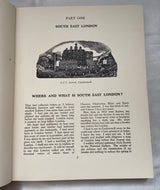 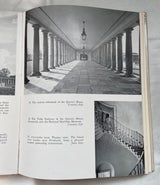 London South of The River

Fascinating history book about life, culture and history of South London. Hardback in good condition with some wear and tear on dust jacket and mild yellowing on some pages. See pictures for more details on condition and contents.

"South London is the home of over two million people who, writes Sam Price Myers, "wear brick next to their skin". There are understanding, delight and optimism in this account of the less known half of the metropolis. The writer attempts to convey the excitement he has felt about the region he chose for his home nearly forty years ago. There is so much, he claims, to excite, inspire and divert, despite the plainness of South London's face. There are the eel-barrows in Lambeth Walk and the story of Raleigh's cloak trodden by an august but fickle foot, pre-fabs on the bomb-sites and Wren's magnificent Royal Hospital on the riverside at Greenwich, the splendour of Wimbledon Common and Blackheath and the vanished underworld of Bill Sikes' Jacob's island in Bermondsey, the farm cottages in industrial Wandsworth and Drake's Golden Hind once moored off Deptford Dock Yard, royal Eltham Palace and the twentieth century attractions of Brixton Prison, William Blake in his vine-wreathed garden house in Lambeth and W.H. Davies staring Francis Thompson over a doss-house brazier one winter Saturday night, dockers drinking pints outside the Yacht Inn at Greenwich and the Royal Observatory standing on its green hill, William Pitt and Hester Stanhope at Bowling Green House on Putney Heath and the boy Charles Dickens in lodgings in Lant Street in the Borough while his father "Mr. Micawber" lay in the Marshalsea Prison nearby, and much else."